In 2012, Dave Goldie had just got back from the Mariana Trench, in the north Pacific Ocean where he’d been working as an engineer on filmmaker James Cameron’s Deepsea Challenge project.

He was living on his Beneteau yacht in Sydney Harbour. Spending a lot of time away from marinas, it quickly became apparent he would need a watermaker.

After extensive research into the available systems, his frustration grew. While there are many good quality systems in the market, none of them really met his needs. Some were too complex, raising concerns about long term maintenance. All were too expensive, and all required an invasive installation process.

Pondering his options on his boat one afternoon, he looked at his red Honda portable generator. He then asked Ben Deacon, one of his sailing friends, “Why can’t someone make a system that’s as simple to use as my Honda gen set?”. After some bouncing around of ideas and concepts, he saw a challenge. Fortunately, his background includes both pressure engineering and industrial design, so he set about creating a system to meet his needs. 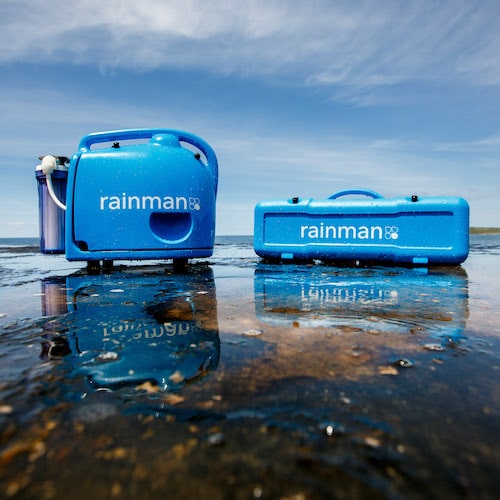 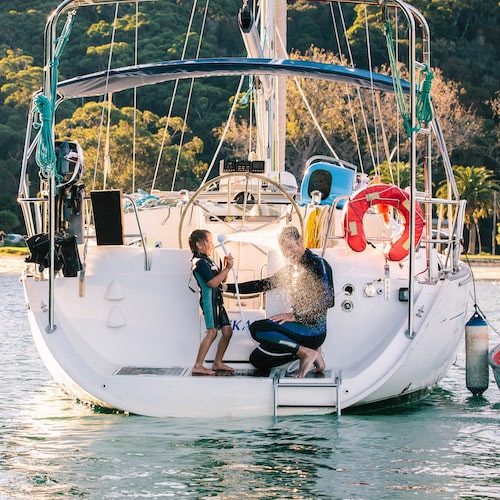 The breakthrough idea was all about simplicity, like a portable generator that makes water instead of electricity. It would be a self-contained unit that required no installation. That allowed the elimination of all the electronics, solenoids and control systems that cause so many maintenance problems.

One of the guiding principles were that they would only work with top tier suppliers. People would be taking these systems to the furthest corners of the world, so reliability would be a top priority. Working with companies such as Honda, Filmtec, General Pump, and Noshok, components were specified that would give thousands of hours of service in a marine environment.

After several prototypes and extensive testing, Dave and Ben had developed a working pre-production prototype. Dave’s attention to detail went beyond the reliability and function of the system and extended to the design. Several hundred hours were spent hand shaping the mould for the original fibreglass shell. Internal components were designed on CAD and prototyped using 3D printing. The first thirty petrol (gasoline) systems were made with the fibreglass shell. Later the design would shift to a rotomoulded polyethene shell for all systems.

After significant market research and enthusiastic responses from various people in the Australian marine industry, Dave and Ben knew they were on to something. They realised that in order to launch the system to the market, they would require capital for production and greater commercial experience to build Rainman into a viable business.

At the time, entrepreneur Ron Schroeder happened to be looking for an early-stage opportunity to invest in and take an active role. After further market research, the three decided to commercialise the Rainman system.

The production-ready prototype was launched at the 2014 Sanctuary Cove Boat Show on the Gold Coast, Australia. After a overwhelmingly enthusiastic response at the boat show, production began and first shipments shortly thereafter. Keen to expand our product line, work immediately began on the design of the electric versions of the system (230V/50Hz and 115V/60Hz). The first units were marketed across Australia to ensure reliability of the design and production. After achieving local success, the product was launched internationally later in 2014. 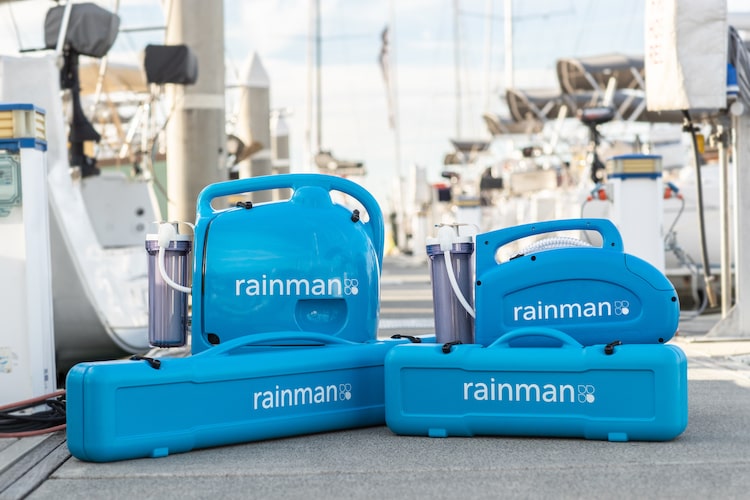 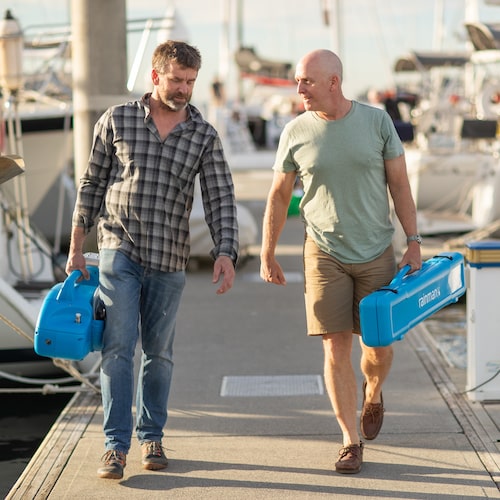 As enthusiasm grew for the Rainman concept, it became apparent that some potential customers wanted a 12VDC Rainman system. 2015/2016 was devoted to developing this version of our pressure unit. About 80% of people we spoke with felt strongly about retaining our simple design that includes simple and highly reliable pumps (eg. staying away from energy recovery systems).

The 12-volt DC Rainman watermaker was launched in late 2016.

A redesigned drive belt system for the original petrol (gasoline) design was launched in 2016. This design incorporates a tensioned pulley that improve field serviceability and maximises reliability.

The next couple of years were spent on improving the electric systems by doing a joint project with General Pump to redesign the high pressure pump manifold for the Mk2 Rainman system. The pump is based on well established system, but the manifold was made to be smaller and have an integrated relief valve. This allowed for the Mk2 electric system to be 30% smaller and 14% lighter. This system was released in early 2019.

We knew that about half of our customers were installing their systems and some wanted to strip the unit down for a minimum footprint install. 2019 also saw the release of Rainman Naked, which is the internals of our watermaker, but sold without the blue shell.This was followed up with our autoflush system to give your system a weekly fresh water flush.

Concurrent with the above product development, we have been establishing a global network of over 50 dealers for sales and service of your Rainman systems. We work very hard to firstly provide high levels of customer service to our customers, and secondly drive our product forward with elegantly simple designs. Watch this space for the next stage in our development. 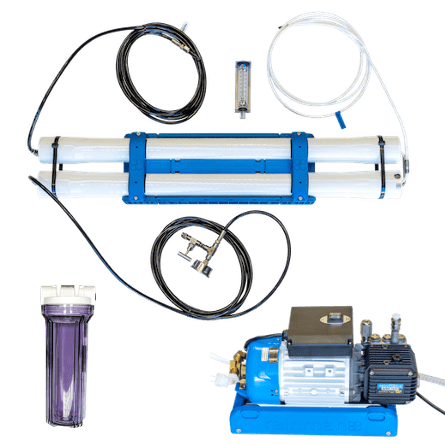