The below article was originally published at boatpoint.com.au in 2014. This older article was not on their site any longer, so is recreated here. 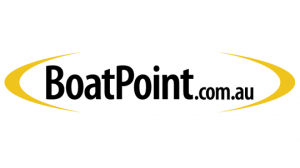 Ron Schroeder, Director of Rainman Desalination, is excited about his company’s prospects and its innovative approach to desalination Within just two minutes you can go have flowing potable freshwater with these clever petrol and electric desal units.

“We have created a range of fully potable and self-contained watermakers, which can produce up to 140 litres of freshwater per hour. They are easy to use and require no installation We are looking forward to their intemational debut at METS 2014 and believe they will be as popular to consumers there as it has been in Australia so far,” he said.

Unlike conventional desalinators, which require costly and at-times invasive installation, Rainman portable desalinators arrive ready to generate freshwater and can operate from the deck of your boat, similar to a portable electric generator.

Rainman portable watermakers are available in both electric and Honda four-stroke petrol-powered models.

Noise compares with a Honda 20i, 2kW generator, reveals db levels roughly about the same, says Rainmam The pre-filters comprise a single five-micron paper filter that you can buy from Bunnings.

Simply place the unit on the deck of a vessel, place the feed water hose in the sea, start the motor, close the pressure valve and the Rainman watermaker will start to tow up to 140 litres of freshwater into the vessel’s deck fill.

The crucial difference between Rainman and traditional desalination systems is the elimination of many issues that plague existing watermakers, says Rainmam. With a simple but robust design, the Australian product has lower initial cost and requires less maintenance. It also means the likelihood of failure is decreased, reducing the overall total cost of ownership. 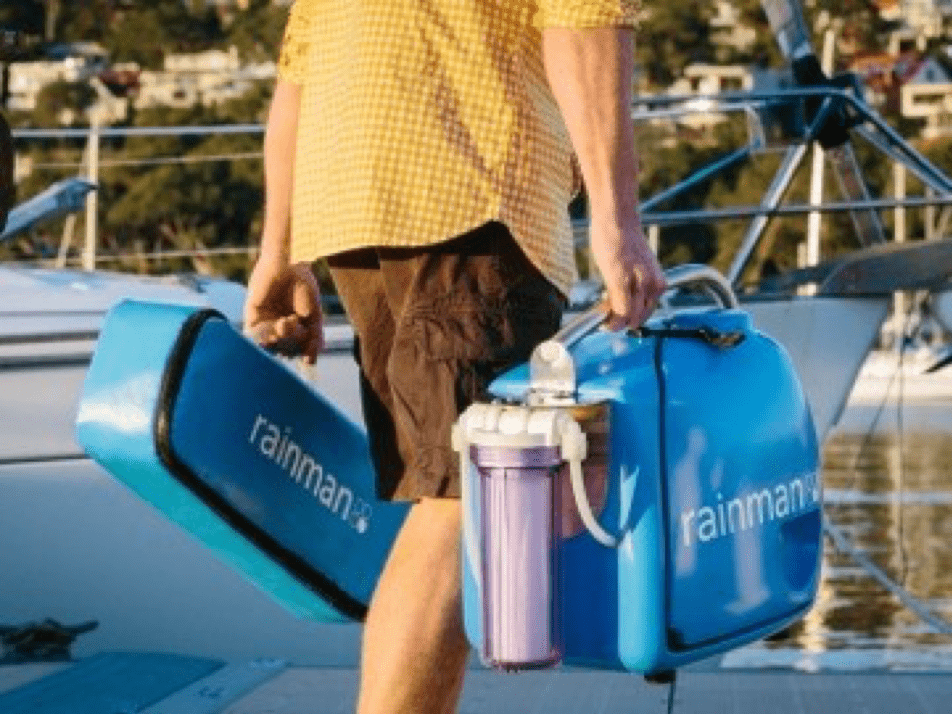 The use of Honda and other industry leadng components, such as General Pump stainless steel high-pressure pumps, Dow Filmtec reverse osmosis membranes, and Jabsco lift pumps, ensures Rainman provides the most reliable, fuel-effcient, and economical desalination.

Rainman is light and compact compared to traditional products , meaning it can be easily stowed, or can come ashore without difficulty.

Addtionally, Rainman Desalination offers a range of products to be used with their portable desalination system, such as a pressure-washer gun for cleaning exterior surfaces of your boat, replacement consumables and replacement parts to ensure your system lasts for years.

The Australian-designed and built Rainman system has entered the prestigious DAME awards for product design at the METS 2014 trade show.

Rainman Desalination, located and manufactured in Sydney , is actively looking to set up an intemational dealer network. Rainman Desalination will be exhibiting in the Australian Pavilion at METS 2014 (Stand 11-825). See www.rainmandesal.com or contact Ron Schroeder (0412) 243 967.

» Find a Rainman watermaker dealer near you

» Learn how the Rainman desalinator works

» Contact the Rainman team for any questions about our watermakers

Browse Categories
The Latest from Rainman